By the early 00's, it became more and more arduous to find one's way in the hip-hop underground. This scene was just too crowded. So many indie records were now available on the marketplace, that it was difficult to understand what their pedigree was. By chance, though, sometimes, a compilation would propose the best of such or such collective, or such or such label, providing us with useful clues about its value. A Jeep Jack Affair had been one of those. It directed the happy few toward a silly named but intriguing label, Record Company Records. 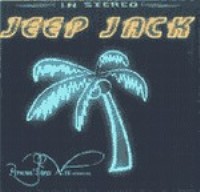 Launched in 1999 by two students in the Boston area – one was Microft Holmes, who rapped on 7 tracks of this record, and the other Jeep Jack, the beatmaker who supervised it all – the label said that it was influenced by underground rap heroes like MF Doom, or The Grouch from the Living Legends, but it also claimed a passion for composers like Lalo Schiffrin an Angelo Badalamenti.

Despite these clear references, and beats almost all built by Jeep Jack, it was a bit challenging to reduce the label's style to just one sound or one identity. The compilation, actually, moved from some catchy ode to springtime (Elation's "Springfever"), to some panting ("The Run", "Jesse Kean", "A Genevan Import"), somber ("A Horseride Through...") or introspective raps ("Dramamine"). Its hip-hop could sound electro ("Transformer 2000"), as well as old school ("As Crazy as I Want to Be"), or rather conventional ("Cabin Fever", "Dragon Tears").

To make things even more diverse, this compilation also had a convincing R&B track (Silk Vision's "Crazy You"), produced by an indie rock band, The Armada. Despite its varied sounds, the quality of A Jeep Jack Affair, however, was rather constant and homogeneous. Almost all mentioned tracks were great, as well as the well-named "Remarkable Rap" or the unrelenting "Anonymous 2000".

Listening to gems like "The Run" (to be the label's first single), "Jesse Kean", the surprising "A Genevan Import" (produced by Tenjin, from the Swiss band Liquid Dimensions) or the strange "To See What Occurs", it was clear that Microft Holmes, with his haunted and over-articulated raps, à la Aesop Rock, had a great potential. His career, unfortunately, would have no future, his label losing its way in an underground hip-hop scene over-saturated with new talents and names.