Thanks to this album, many, in the early 2000's, discovered Peanuts & Corn, and immediately fell in love with it. Entirely produced by Mcenroe – except for "Accidents Happen", where Frek Sho's Sunil Ishq Bector was in charge - this record laid the foundations of the label's identity, familiarizing us with their renewed form of jazz rap and their conscious lyrics, which differed much significantly from the futuristic posturing of the late 90's underground rappers. 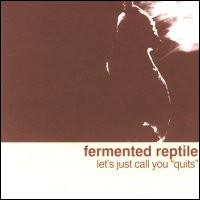 This duo, indeed, staid far from the experiments some other indie rappers were trying by these days. Apart from the introspective and superb "Simple Me", with its ethereal ambiance and its trip-hop feminine voice, the homogeneous sound of this record inherited mostly from New-York's classic hip-hop from the 90's, à la Pete Rock or Gangstarr. It was its next step, somehow, its natural evolution.

While Mcenroe concocted austere jazzy loops, DJ Hunnicut enriched them with a few scratches, and Gruf and Pip Skid – then known as Wicked Nut – criticized the consumer society, turning their backs to the light-hearted rap they used to practice before, with Farm Fresh, a group two of them had been members of. It could have been just a recipe, but it wasn't. Whatever its influences, Peanuts & Corn's has always sounded very personal. And with their oppressive bass and clever drums, their deceitfully laid-back beats were all extraordinarily musical.

As far as they were concerned, both rappers fully reinvented political rap, it was no longer MCs sermonizing about the usual things ("I ain't an advertisement, I don't speak slogans"). On the opposite, Gruf and Pip Skid would denounce the great Christmas swindle through some storytelling ("Urine Sample"), they would question their own misogyny ("Simple Me"), condemn the tobacco industry ("King Size"), or fight for the animal rights ("Wild Boar Hunt"), Gruf's big cause.

It was so subtle and well thought that, after so many years, and despite a few too lengthy tracks, Let's Just Call you "Quits" is one of these times' records which aged the best, as most albums released by this label, in its heyday.