When people mention Jay Dee, a.k.a. J Dilla, they often talk about injustice. Many regret that this beatmaker, one of the most revered among his peers, starting with The Neptunes' Pharrell Williams, never met the success, and that he died much too early, due to a serious health disease. This infatuation for him, however, was not fully deserved. 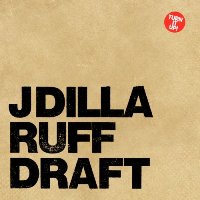 Jay Dee's career had a great start. Very early, he worked with key players of the rap game, like De La Soul, Q-Tip and Common, and he delivered some gems, for example the beat of The Pharcyde's splendid "Runnin'", or his non-credited production for Janet Jackson's "Got 'til it's Gone". However, afterwards, nothing really legitimated his odds with some purists. Nowadays, we retain almost nothing from his work with the boring Slum Village, or from the albums he released in the 2000's, including the one he recorded as Jaylib, with his alter ego Madlib. And even his much praised Donuts looks like some unfinished business.

Jay Dee offered to trendy people what they expected: a not too gangsta kind of rap (even though Jay Dilla approached that style, at times), a rather warm and subtle hip-hop, driven by a willingness to explore other genres, like jazz, or this techno music born in his own city, Detroit. Then, his premature death amplified even more his aura, it transformed him into a martyr, some kind of 2Pac for highbrows. His records, however, have often been a bit overrated, except maybe this well named Ruff Draft, precisely.

Originally, this release had just been a vinyl EP, distributed by the German guys of Groove Attack. However, because it was rawer, more lo-fi, more visceral than others, it sounds today as his most memorable record, especially when listening to the doubled and enriched version released posthumously by Stones Throw.

Ruff Draft, indeed, has three strengths: first, it is concise, with just 14 small tracks rarely longer than 3 minutes, and both as minimalist and eloquent as, for example, the synthesizer of "Reckless Driving"; second, its beats are among the most bizarre ever produced by Jay Dee, as demonstrated by the distorted song of "Nothing Like This", the science-fiction sounding "Take Notice" and this crooked "Wild" which recycled some track from… the Brit glam-rockers of Slade; last but not least, this record was dangerous, it had real hardcore edges, including samples from the harsh M.O.P.

According to the producer himself, the lyrics were made of pure rap. They were sharp, venal, and lustful, starting from this first track where he introduced a record that was "for my real niggaz only", and that would sound "like it's straight from the motherfuckin' cassette", announcing tracks signed by Jay Dee, but more spontaneous and rawer than ever.