The year 2006 was a key time for Casey. The rapper originally from Rouen had been in for a decade, she had built her own place in the French rap universe, through various collaborations and contributions to mixtapes and compilations. She never released any proper record, though, until that very rich year, when she delivered the Ennemi de l'ordre ("Enemy of Order") maxi single, the retrospective street-CD Hostile au stylo ("Hostile with my Pen"), a gargantuan project with no less than 64 tracks, and her first album. The latter, Tragédie d'une trajectoire ("Tragedy of a Trajectory"), would strengthen her status as one of the most respected rappers in France; one of those, also, whose aura shines much beyond the limits of hip-hop music. 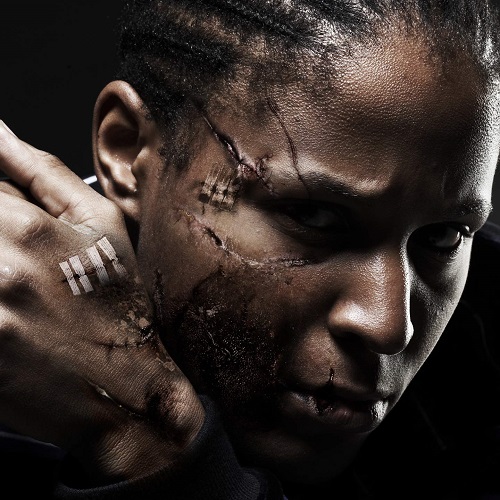 With that opus, Casey shows that she's already an old-timer. She is from the previous decade. Mostly produced by Hery and Laloo, her music is made of classic boom bap, with the expected scratches. And her lyrics comply with the French chanson tradition, with their literary turn and their serious messages. No surprise, considering this, that Cathy Palenne would be invited soon to Radio France (the French BBC), and that she would spend time with writer Virginie Despentes. On "Je lutte" ("I Fight"), she says that she's a target for the elite, but in reality, that same elite – or more exactly, another subset of the elite – loves her. She delivers exactly what these people expect: outstanding writing skills, which she dedicates to social commentaries.

In a Public Enemy way, the rapper shoots one target after the other: the music industry and the wack rappers on "Pas à vendre" ("Not for Sale"); the police, the judges and the politics on "Qui sont-ils?" ("Who are they?"); the journalists, the critics, and the mainstream artists on "Une lame dans ma veste" ("A Blade in my Jacket"); and more broadly, the jerks and the idiots on "Mourir con" ("Dying Dumb"). That being said, Casey is not your typical moaning and whining French rapper. She is not only a sermonizer. Besides the usual ego-trips on "Suis ma plume" ("Follow my Quill"), the allegiance to her territory on "Banlieue nord" ("Northern Slums") and the clan spirit on "On ne présente plus la famille" ("No Need to Present the Family"), with Ekoué from La Rumeur, she learned an important trick from the US rappers: you don't have to be apologetic.

Casey does the complete opposite: she strikes back. The wounded animal she describes on the introductive and eponymous "Tragédie d'une trajectoire", doesn't complain much: it rebuffs. She heals humiliation through violent lyrics, like on "Ma haine" ("My Hatred"), when she portrays her resentment like an old pal. She responds to her troubles through fights on "Je lutte", or threats on "Une lame dans ma veste", "Mourir con", and "Quand les banlieusards sortent" ("When the Slummers Go Out"), a track where the vengeful rapper confirms all the dark fears and fantasies average citizens entertain about the youngsters from the 'hood.

To express her rage, Casey uses a hostile and surly voice, an asexual posture and, at times, like on "Suis ma plume" and the atrabilious "Qui sont-ils?", the heavy guitar sounds of rock music. The gem on the album, however, "Chez moi" ("At Home"), doesn't follow that framework. It is a homage to her family land, the French Caribbean Island of Martinique, which she describes in an authentic way, with none of the clichés the ignorant and patronizing people from mainland France have about it. This track is like the others: it destroys stereotypes. But it is less frontal, explicit and expected than the others. And as a result, this attack is the most powerful of all.

Sometimes on the album, Casey can look a bit too studious. But she will improve overtime. She will let loose, she will be more and more open about her parallel passion for rock music, while staying equally angry and remaining an outstanding writer. As she says on the hook of "Tragédie d'une trajectoire", there was limited chance that her hatred softens in her old age.