An ex member of Hip Club Groove - his blaze by then was C.L.S.C.A.R.R. - a pioneering group in Nova Scotia's hip-hop scene, and also Buck 65's partner in crime in the Sebutones duo, Sixtoo (real name: Vaughn Robert Squire) became even more notorious by the middle of the 2000's, when he joined UK's Ninja Tune. Just before that, however, maybe to say good-by to the time when he was an obscure underground rapper and beatmaker, he had compiled a collection of his previous work, which he had released on another British label, Vertical Forms, the same which had published his quite good Antagonist Survival Kit, in 2003. 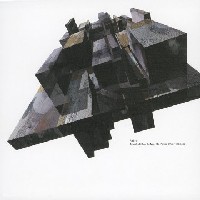 The title and subtitle of this record were explicit: The Psyche Years was a retrospective overview of Sixtoo's career, from 1996 to 2002. More particularly, it focused on his two albums for Anticon, The Psyche Continuum (1999) and Songs I Hate (and Other People Moments) (2000), represented by 13 songs, out of a total of 21. As for the other tracks, they were coming either from Progress (1997), or The Psyche Intangible (1998), or they had never been released before. All put together, all of these were a quite representative sample of Sixtoo's work.

All sides of Sixtoo, indeed, featured on the record: the catchiest one, with the bangers which opened Songs I Hate ("One World Lost" and "Grimey Inks the Moment"); the sophisticated one, with a few complex tracks, organized in several movements, all panting, exhausting, but great ("Work in Progress", the excellent "Damage Control"); the instrumental Sixtoo ("Alligator"); and posse cuts with other key players of the Halifax hip-hop scene, like Recyclone ("Hanging from a Tree"), Checklove, Nathan C, Papa Grand and Little T / Tachichi ("No Gimmicks, No Chorus"). Last but not least, this compilation also had a place for Sixtoo's melancholic and heartbreaking side, for example with "Sultry" and its superb cello.

The Psyche Years presented Sixtoo as he had been, all along these six years, before Ninja Tune, before he stopped rapping and he collaborated with Godspeed You Black Emperor, Hadji Bakara of Wolf Parade and Can's legendary Damo Suzuki; before he decided to erase his past, naming himself Speakerbruiser; before he would assist representatives of the new rap underground, like Isaiah Toothtaker, in the 2010's. This compilation also showed how this Sebutone - contrary to Buck 65's positioning as some singer-songwriter for the rap generation - had preferred to dig deeper into the abstract and the experimental; into the darkest sides of hip-hop, as well, pursuing what the duo had started in the 1990's.