By 1999, the excellence of the newly released Operation Doomsday album was not a surprise, to those already familiar with New-York's underground rap scene. By then, MF Doom had already released several great singles on Fondle'em, Bobbito Garcia's iconic indie label. And they were all compiled on this opus, recorded by a man who was not exactly a newcomer. The guy, indeed, was Daniel Dumile, a.k.a. Zev Love X, an ex-rapper from the band K.M.D., who had reoriented his career after the death of his colleague and brother Subroc. Moving forward, he would start hiding his face behind a mask, and become the superhero of underground hip-hop. 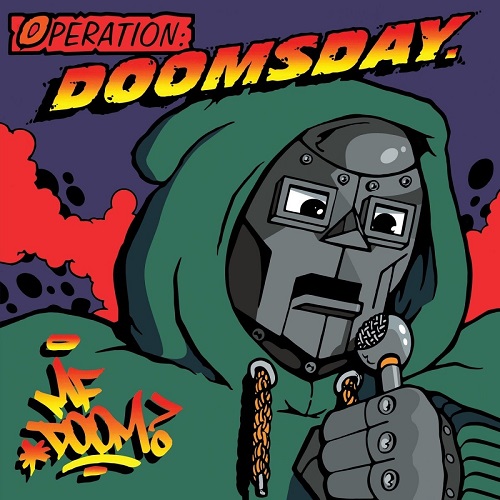 Operation Doomsday was a compilation, more than an album, and it was made of raw materials. But it was solid and coherent; most tracks, indeed, shared some key features. Their beats were disturbing, and full of bizarre things, like the strange violins on "Tick, Tick" – a sample from the Beatles, actually – and the threatening brass instruments on "Hey". The record was also full of false endings. Some tracks would end with a short pause, before starting again for a few seconds, in a purely instrumental version. It had a few freestyles, like on "The Hands of Doom", and its skits sampled heavily cartoons like Scooby-Doo, The Incredible Hulk and The Fantastic Four, whose worst enemy was no other than Dr. Doom, the guy on the cover art.

According to Dumile, his purpose with Operations Doomsday was to challenge the listeners, to shock them. He wanted to avoid any easy tricks or predefined recipe. His album, nonetheless, was accessible. Except for a few difficult tracks like "Tick, Tick", it was catchy. Later on, MF Doom would enrich his formula. He would become one of the most revered hip-hop artists in the 2000's, a kind of god to the indie rap scene. He would also deliver some other great records, many critics would praise. All of them, though, inclusive of the great Vaudeville Villain, would only be replicas of the seminal Operation Doomsday. His first solo album would remain his unreplaceable masterpiece. Or even better: the archetypical underground hip-hop classic.