Over the last few years, Ceschi has never stopped being a hyperactive man. He contributed to several records from others. He finally released Toca's album. He mocked the crunk subgenre, with his Knuck Feast parody. Also, even more importantly, he created a label, Fake Four, one of the last havens for the declining indie rap scene. And though, Ceschi never released any solo album since the underrated They Hate Francisco False, and the wait had started being a bit long. 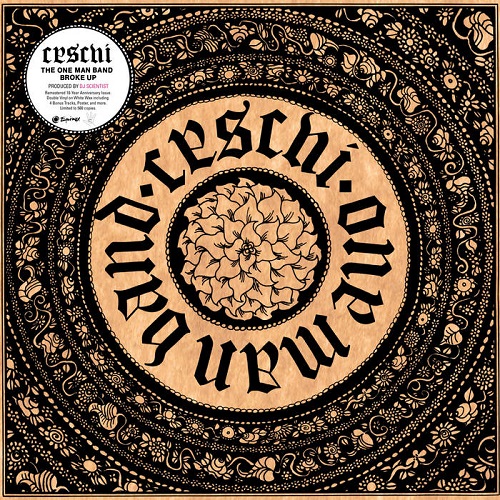 But in 2010, finally, here we are. The third album from the Latino singer, rapper and musician is finally available. And with The One Man Band Broke up, a piece of work which took him 3 years to complete, our man is once more at his very best.

He is showing a new face, though. This is no longer the Beatles album for the hip-hop generation that They Hate Francisco False was. On this new one, Ceschi is rapping significantly more. His tone is also less intimate. This is a more collective effort, since the rapper collaborated with DJ Scientist, the German beatmaker, as well as with other people: his pals from Toca, like his brother David Ramos, and Tommy V; and also some friends from the hip-hop underground, like Astronautalis and Sole, the producers Radical Face and 2econd Class Citizen, and a few more.

His formula is also more diverse. Julio "Ceschi" Ramos, though, is not coming back to the crazy eclecticism of his first album, Fake Flowers. As a matter of fact, The One Man Band Broke up is a concept album. It is about the rapper's alter ego, called Julius, and his cruel adventure in the music business. It is a tale about harpy groupies, drugs, profiteers, senseless tours, misfortunes, nostalgia, and the disenchantment of an accursed artist. At times, it looks like an autobiography; but it could also be a story of indie rap, a scene Ceschi is the last figurehead of.

The moral of the story is: no one really gives a shit
But don’t cry for the swatted flies, they loved what they did

These lyrics are from "The One Man Band Broke up", the eponymous song. But there are others, for example on "For my Disappointing Hip Hop Heroes", sung in exactly the same mood, but with some additional pinch of dark humor:

The music supporting such lyrics is a child from Ceschi and DJ Scientist's shared passion for rap, and for 60's psychedelic rock. All tracks sit exactly between both genres. Sung melodies are blended with raps in a seamless way, and hip-hop beats embrace brass sounds, or pianos, or banjos, or accordion. And each - whatever its mood, be it inflamed or hopeless – is nothing less than exceptional.

This year's most anticipated album in Ceschi's specific hip-hop niche – call it indie rap, undie rap, post rap, folk rap, whatever… – is, actually, the best. And this is extremely satisfying to die-hard fans of Ceschi Ramos, like us. Julius, the suicidal hero of his record may complain rightfully about the harshness of his world; but as far as we are concerned, we find this album no less than blissful and outstanding.