Shape of Broad Minds, Craft of the Lost Art… No less! The name, the album title, the sophisticated cover art, the simple fact that it is released by Lex Records, and finally, just listening to it: everything confirms this is a falsely good record, some pompous and allegedly "advanced" hip-hop, at the paroxysm of its "progressive" phase. 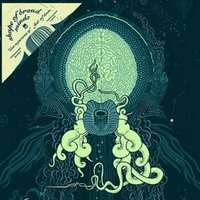 First, there is this CV, aimed at warranting some top credibility before anyone starts sharing a personal feeling, some twisted trick that sends the following message: "be quiet, don't risk sharing an opinion on this: even before you have listened to it, you know this record is good". Then, we have Lex Records, Warp's ex-hip-hop subsidiary. And finally, here is Jneiro Jarel, and all the related guarantees: a guy from New-York, hip-hop's capital city; a man Hank Shocklee sponsored at a time (personally, I shook hands once with Chuck D's grand-aunt's neighbor, aren't you impressed?); and as Odysseus, our guy is back from a long and nice journey across America's hip-hop scenes, earning a new alias in each new place: Dr. Who Dat? in Philadelphia, Jawwaad in Houston and Rocque Wun in NYC.

All of these alter egos have a place on the Shape of Broad Minds project, in addition to MF Doom, a wondrous rapper, but also a mark of good taste for people without any. By the way, I am still surprised that Madlib isn't part of the trip; his aura would surely have been bigger than Count Bass D's. The record's main matrix is hip-hop, but there are also many other genres blended there, for example rock with the introduction, and a jazz music – yes, jaaaaazz music… - mood is impregnating the overall ambiance. And in addition, we have this cover art, a beautiful, detailed, and elaborated one, no denying to this.

Sometimes, really listening to records can be useful. It can help saving face or money; or 100 megabytes on a hard disk, depending on the situation. And if you do so, you'll realize that Craft of the Lost Art is not exactly a masterpiece. It is full of pyrotechnics, whirling beats, and "hey, have you seen that dude" effects ("Let's Go"'s accelerations, featuring MF Doom), or free forms which aimed at meaning something (while in fact…). But all of this – and sorry for not sharing your 1970's teachers detestation for utilitarianism and functionalism – has absolutely no use. It's vain; it has not other goal than impressing young fools.

Well, let's not be too excessive. This is not entirely a bad record. I repeat: this IS NOT a bad record. Not entirely. It has its moments, for example with the voices on "Changes". "Electric Blue" is really beautiful, and subtle. The synthesizers on "Buddafly Away" and "Beast from Da East" have a certain impact, as the vindictive "So Much", with Lil' Sci, and the song on "12C". Denying this would be dishonest. And here, we can't afford to be dishonest.

The overall package, however, is something for people who can't stand rap, but who are longing to love it. Or, on the opposite, it satisfies those who really like it, but who would like to make it more respectable, thinking research and sophistication are the best ways for this. Two categories that can sometimes share affinities, about MF Doom, or Antipop Consortium, or more soporific things like Jay-Dee and Madlib. In a nutshell, Shape of the Broad Minds is a prog rap project, in the worse sense of the word.

Everything here smells vanity and hollowness. This is an album for the naive, for those desperately looking for the comfort of certitude. This is for fools looking for "quality music", people not too different from those who pontificate on the poetical value of France's Abd Al Malik slams –well, I know, you don't know anything about him, lucky you... These are people who, at any time, in any place, have always been wrong, and will always be.

When the emperor is naked, however, when listening this record with honesty, for people seeking nothing else than a simple musical pleasure - sorry for my lack of ambition and preferring plain things - Craft of the Lost Art overall doesn't have much interest.