The Juggaknots are hip-hop's best kept secret. Some discovered them by 1999, through the Weathermen, or Breezly Brewin's contribution to Prince Paul's A Prince Amongst Thieves album. Some others, thanks to the fiery "The Fire in Which you Burn", learned that the band was part of the Indelible Emcees collective, along with Company Flow and J-Treds. And the happy few knew that the producer Buddy Slim, a.k.a. Fever the Kid, or BMS, the rapper Breezly Brewin, a.k.a. The Brewin – once, there was also a female member, Heroine, a.k.a. Queen Herawin – had released a fantastic record in 1996, the second album on Fondle'em after the Cenobites's, later on one of the most expensive vinyl records on the underground market. 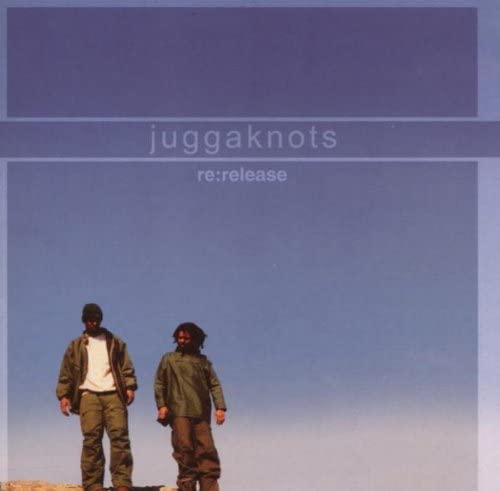 But for most others, the key time was 2003, when Third Earth, the label of the Masterminds, rereleased the album. Titled Re:Release and with 11 tracks added, this new version deserves to be placed next to the absolute underground hip-hop classic, Funcrusher Plus. Less original and visionary than Co-Flow's masterpiece, it was nonetheless excellent, sober and eloquent. Buddy Slim's beats were fully aligned with their times: this was the archetypical jazz rap or boom bap of the 90's. But with more than just lazy loops. The very first track, "Trouble Man", proved this, when sampling in a striking way the first few notes of John Coltrane's "My Favorite Things". Same went with the rhythm changes on "Romper Room", and the torpid piano on "Loosifa".

The lyrics and flow of Breeze were in a similar spirit: abrupt, but subtle and nuanced. The album had plenty of songs, especially diss tracks, where the rapper demonstrated his verbal dexterity, like with "Trouble Man", "Epiphany", and "Up at the Stretch Armstrong WKCR Radio Show". But the outstanding track there was "Clear Blue Skies". Its two versions were a full demonstration of the rapper's writing talents. This song was actually the fictive dialogue between a white man and his son, about the latter's black girlfriend. Through it, Breeze talked of course about racism. But instead of just condemning it, the rapper analyzed in details what was at its very core: a huge fear of being downgraded, and losing one's social position.

Breeze was never preachy, or too direct. His subject matters were approached with care, through stories, like with "Loosifa", which took place in a maternity and talked about violence, abortion, and narcotics. The rapper was smarter than others, he gave an additional and decisive flavor to this dark gem, to this indispensable record, to this missing link between New-York mid-90's street rap, and what indie hip-hop would turn into, by the end of the decade.