Among the great records released by Peanuts & Corn between Mcenroe's Ethics EP and his definitive Disenfranchised, the first album from Gruf deserves special praises. After he collaborated with Twisted Spirits, its successor Frek Sho, and Fermented Reptile, the bald rapper with native people origins delivered one of P&C's most solid and constant projects. Though Druidry was not overly original, it was deeply personal, and once again produced by Mcenroe at his very best. 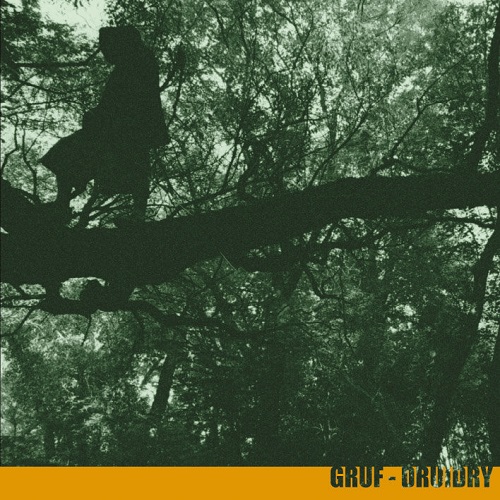 This is the foundation of hip-hop, its universal recipe for success, the very core of its alchemy: a perfect understanding between a rapper and his beatmaker; and though Peanuts & Corn masters every side of this art, it rarely worked as well as with Druidry. Soberly, Mcenroe displayed some of his quietest and subtlest beats: deep basses, smart drums, sharp strings, an ethereal saxophone, or impressionist piano sounds, and some jazz delicacies. And they all fit perfectly well the clear and serene flow of Gruf the Druid. Yes, this was some conscious rap, delivered in a spoken word way. And the rapper didn't fully avoid the downsides of this style. Sometimes, he was a bit into pontificating and sermonizing. He was too much the young guy who considered himself, much too early, as a wise man. Also, he liked to explore some hazardous and shaky theories, when he compared human to animal rights, or when he challenged the theory of evolution ("Age of Ice").

Gruf, though, didn't go too far. He delivered his lyrics on an interrogative mode, more than an assertive one. He was not peremptory, but just thought out loud, exploring unusual topics. A new generation druid, or a hip-hop ecologist, he reminded humanity about its debt to the vegetal world ("The Plants"), talked like a shaman about transmutations ("Awakeninghe"), questioned the existence of UFOs ("Trust your Senses") and approached death penalty from the perspective of one condemned to it ("Payday"). Druidry didn't have any outstanding track - with the possible exception of the almost ambient "Tooth and Nail", "Payday" and the sumptuous mandolin of "Awakening". But each rap on it was dense and pristine, and was the source of a suave and durable pleasure. They made this record one of the best ever released by P&C; and, as a result, an indie rap absolute must-have.