For those, by the early 2000's, who were no longer satisfied with Slug, Eyedea was an alternative option. Having joined the Rhymesayers clique while still a teenager, won the Scribble Jam in 1999 - against P.E.A.C.E., no less - and made it to the Blaze Battle in 2000, the rapper from Saint Paul was something more than just another Slug-like. He would prove it in 2002 with his second album, a better one, actually, than First Born, a record he had released the year before with DJ Abilities – and a deception, apart from some anthological songs like "Read Wiped in Blue". 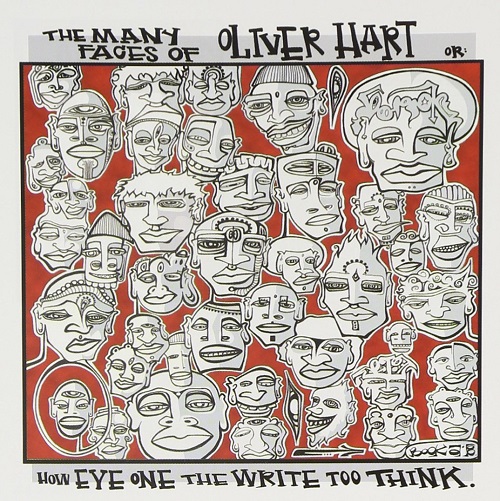 Despite a different voice, and a more obvious influence of freestyling, Eyedea was in the same category as Slug; he was his heir, somehow. He displayed the same mix of virulence and vulnerability. He had sometimes the same introvert posture. He shared with him a tendency for ambiguity and self-deprecation. Also, less fortunately, the beats he was using – his own, on this record – were generally much less impressive than his raps. But anyway, as any good MC, he was able to make do with these, and to transcend the music with his words. Eyedea, indeed, was a master in most dimensions of emceeing, from battle rap of course (listen to "Just a Reminder", or to "Coaches" with the rapper Carnage), to some strange ego-trips ("Weird Side"), or very introspective songs ("Soundtrack of a Romance").

But the art he mastered the best was storytelling, at least on this record, The Many Faces of Oliver Hart or How Eye One the Write Too Think (yes, that was the full name). He used it with ease, proposing some striking lyrics, like with "How Much Do you Pay?", where the narrator struggled with the reality an old maverick was sharing with him ("Make money and die, that’s the American way"), or with "Bottle Dreams", the strongest track on the record, where Eyedea related the vain calls for help of a sexually abused teenager, with pathos but also with relevance.

Despite the intimate side of his lyrics, Eyedea was adamant, at the beginning of the record, that it was everything but an autobiography. Actually, the title of the album was misleading: Oliver Hart was not the real Eyedea – his civil name was Micheal Larsen – but a new alter ego. This record would not be his Marshall Mathers LP. It was strong and deep enough, though, to look like a personal journal, built on real life experiences. And today, it may still be Eyedea's finest moment, now that his career is over, due to a tragic premature death, at 29 only.